Well, it’s been a min and the revamping of The Briggs Life is still ongoing. Over the next week or so the site will be upgraded. I’m excited to get it finished but i know in order to do so i have to actually get started. 🤦🏽‍♀️

Nevertheless, my week off from social media was nothing short of amazing! Every now and again i like to take time off just to make sure I’m focused… it’s easy to get wrapped up in social media and I’d rather not lol.

So, if you follow my personal IG (The_Peculiar_Light) you know that my life has changed drastically and nothing will ever be the same…. in a good way! So instead of a spoiler alert. Let me just tell you how my birthday week started off on the right foot.

About a week ago my boyfriend told me he planned a little day outing for us, since we hadn’t really had the chance to do anything without the kids in a while.

I thought to myself “well that’s sweet!”

For the whole week I wondered what we were doing and where we were going considering he told me the surprise was 2 1/2 hrs away.

So of course I begin to google places in the surrounding area that we could possibly go to. But I was drawing blanks lol. And I know my friends are rolling their eyes because they know I was too curios to just wait and see. Lol

We had to get up extra early to get on the road. My friends know that means I got up two hours earlier than we needed to be up, just to be sure I was ready . The ride felt stupid long…. like it felt like we would never arrive. Of course i caught some Z’s on the way there. This is a legit photo of me trying to enjoy the ride. lol

Finally we arrive in Asheville, at the Biltmore Estate. I had never been despite the little rain I was excited to be there.

We toured the house. Excuse me, mansion lol I  only took a few pictures. 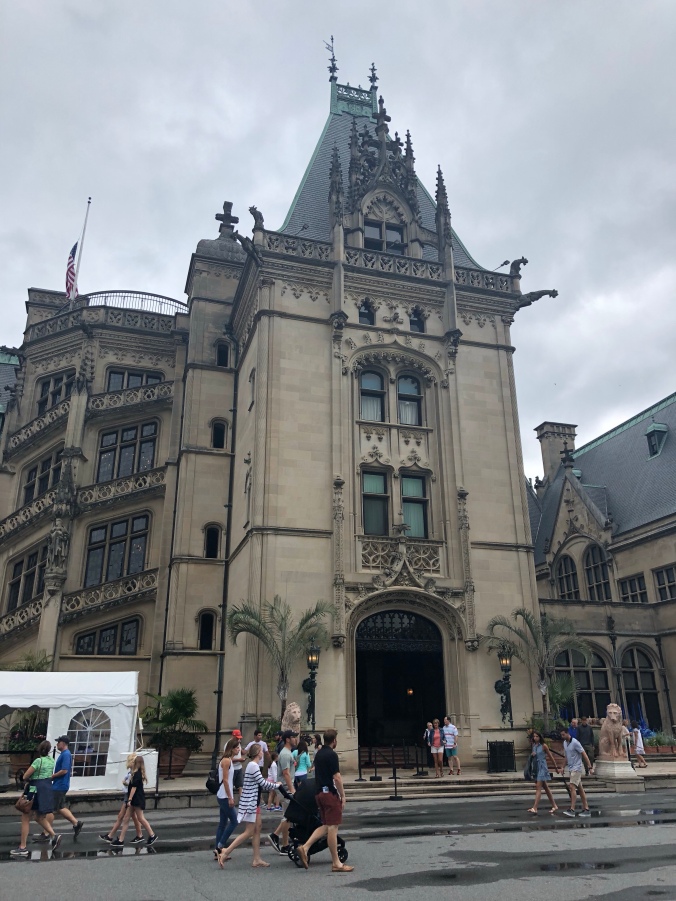 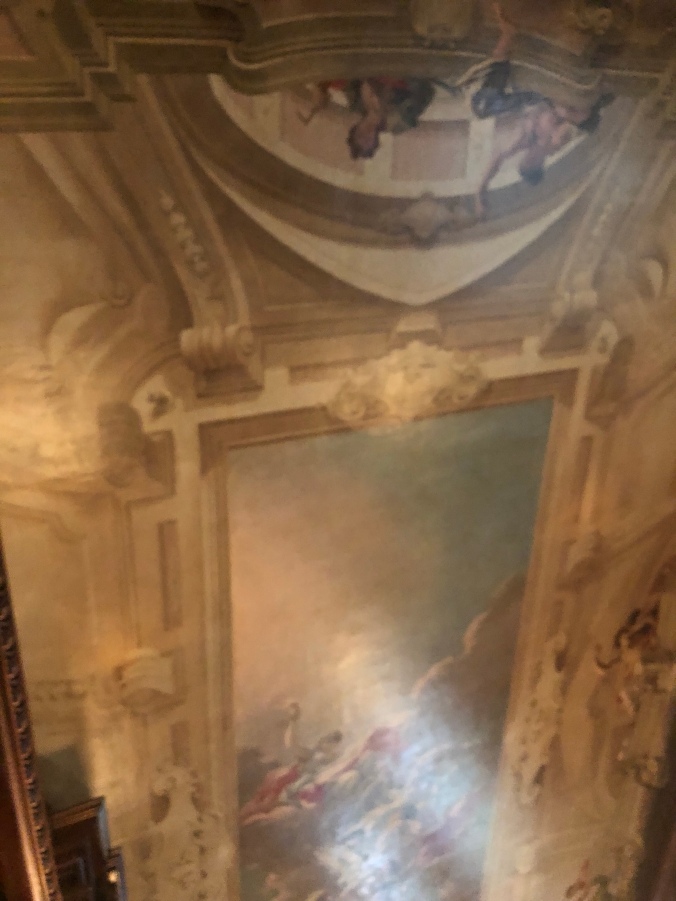 I was too busy enjoying the atmosphere and reading the booklet to take my phone out to take pictures of everything. I mean with all the things to see, even I would’ve gotten tired of taking pictures.

Anywho, the house was huge! Once we finished we went out to the gardens to admire the flowers. Or smell the roses lol 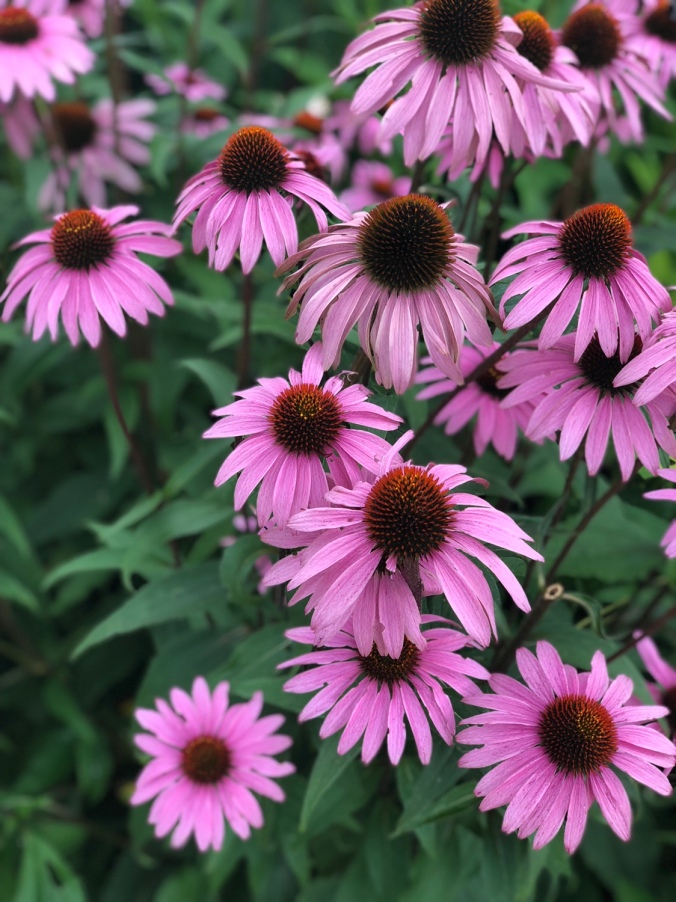 The view was breathtaking but, again I failed at taking pictures because I  was too busy enjoying it. More importantly enjoying the quality time with my honey.

As we walked through the rose garden he was highly disappointed as they had clipped so many roses that there were barely any to look at. So I too, was feeling like this is wack lol we came to see the flowers!!

Nevertheless, we continue on our way. We were walking a trail and we had no clue where we were going or at least I didn’t. We walked on and he spotted a little trail that overlooked the gardens.

So we detoured. Before I  knew the trail  overlooked the gardens I was thinking “where the heck is he taking me.” Lol the trail was kinda hidden on top of a hill behind some trees. Once we got on this secret trail there was a bench. I sat down because my feet were tired from all the walking we had been doing. Of course I had on sandals.

The bench was under a tree and I said to him “I hope a bug doesn’t get in my hair.” Lol of course after making that statement I had to stand up because I wasn’t going to take any chances.

I decided to take a picture of the view,  but before I could get the picture my life changed.

Just as I was about to take a picture he started talking and I  turned around and I was like “What! Is this really happening!” It kinda felt like Buddy from the movie Elf when he  found out Santa was coming to the store.

I was so excited and happy. A lot of people have been dying to know what he said. But I’m not telling lol just know his words will stick me forever. He said a bunch of things that were very sweet and thoughtful. The most important thing he said was “I prayed about this”

See right then, in that moment i felt It was just us and God on the overlook. It was then,  he got down on one knee (on the wet ground might I add)  and asked me to be his WIFE!

I could tell he had prayed about it…. it was more than the words he said. His actions leading up to this very day had shown me that he’s been talking to God about me.  But not just me, us and our future together.

Him praying about it showed me it wasn’t just something he was doing to do. He understood that this was not something to take lightly.

Needless to say I said yes, not that there was ever a doubt in my mind or anyone else’s that I would say anything different.

And no my nails weren’t done and that was perfectly fine with me.. more about that next week tho. 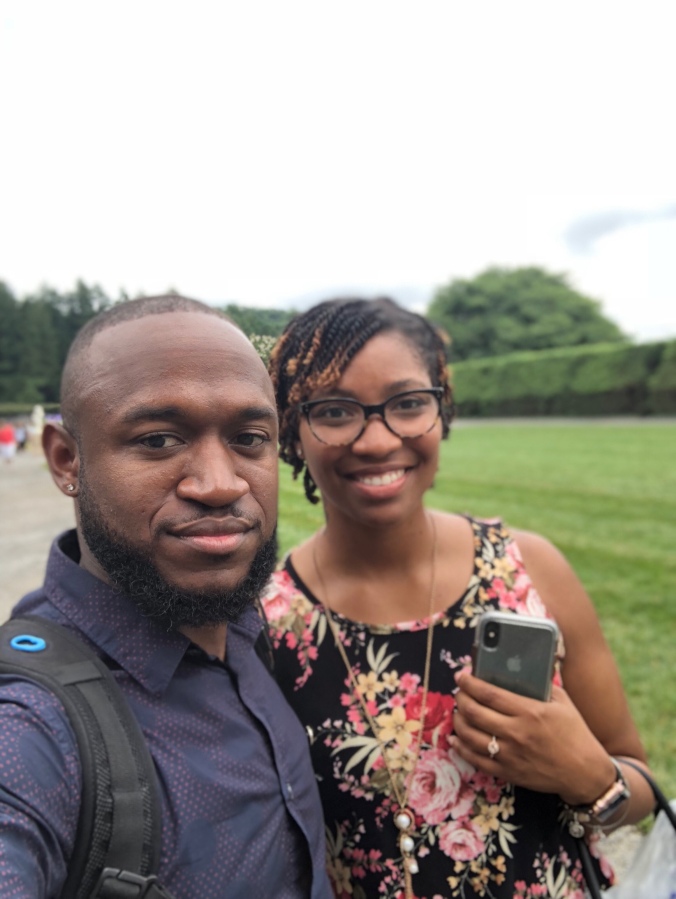 I’m excited to say that soon i’ll be Mrs. Hargrove.

Next week I’ll talk about my personal journey to this day. My struggles, and what I learned in my waiting season.  It was long but definitely worth every minute of it!

Catch you next Monday!